Sealaska’s 48th annual meeting of shareholders closed Saturday with the announcement of shareholders’ selections to fill the five available seats on the company’s board of directors and the green light for the company to move forward with establishment of a settlement trust.

Three board-endorsed incumbents, Board Chair Joe Nelson (Kaaxúxgu), Barbara Cadiente-Nelson (X’ashk’ugé) and Nicole Hallingstad (Ch’aak’ Tlaa) were re-elected by shareholders. (Nelson and Cadiente-Nelson are not related.) New to the board this year is Liz Medicine Crow (La quen náay), who was selected to run as a board-endorsed candidate after two-long serving directors announced their decisions not to seek another term. 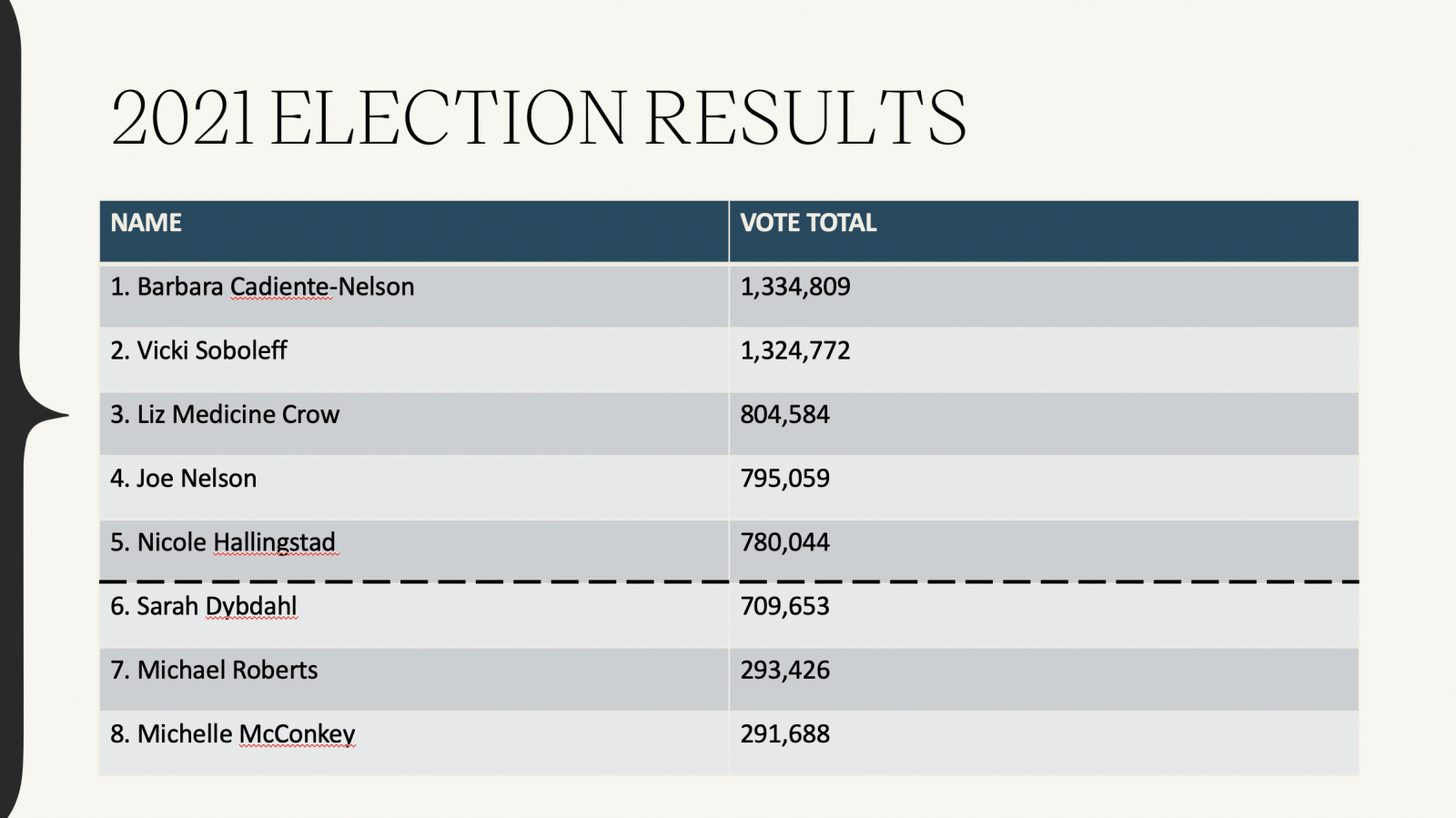 With the addition of Soboleff and Medicine Crow, Sealaska’s board goes from majority female to predominantly female in 2021: nine of its 13 elected directors identify as female.

“I am very excited about these results and the opportunities they represent,” said Sealaska President and CEO Anthony Mallott. “We have an excellent combination of fresh perspectives and institutional knowledge on our board, and I am confident the settlement trust will be a great benefit to shareholders.”

During the meeting, Mallott shared details of Sealaska’s financial performance in 2020. The company saw its operating EBITDA (earnings before interest, taxes, depreciation and amortization) increase again in 2020 to a record $78 million, up from $63 million in 2019. Sealaska also booked record revenue of $697 million and net income of $56 million in 2020.

The company’s strong financial performance enabled the board and executive team to approve record investments in shareholder priorities in 2020, and to provide critical support during the COVID-19 pandemic. Shareholder benefits totaled $28.5 million in 2020, including $1.3 million in scholarships granted to 553 students.

Mallott also presented the results of a recently completed shareholder survey, which showed largely positive feelings about Sealaska and priorities similar to those in the last survey, which was conducted in 2018. Nearly 5,000 of Sealaska’s 23,000 shareholders participated in the survey, providing a sample size that allows the company to have a high degree of confidence in the findings. 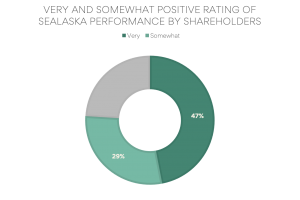 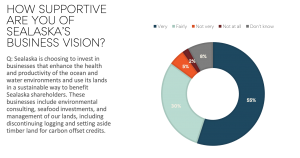 More than 870 shareholders logged in to view the 2021 annual meeting webcast, which also featured the public debut of Sealaska’s newly designed logo.

The launch of the new logo comes as Sealaska prepares to celebrate both its 50th anniversary in 2022 and the 50th anniversary of the passage of the Alaska Native Claims Settlement Act in December of 2021. The logo, designed by Tsimshian master artist David Robert Boxley (Gyibaawm Laxha) of Metlakatla, was inspired by the salmon egg. To learn more about the new logo and Sealaska’s updated brand, please visit Sealaska.com and click on the pop up that will appear on the home page. 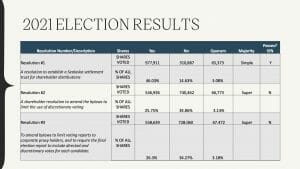 “Sarah is a powerful voice for our people and the only consolation here is that she is well positioned to continue making a positive impact in the region and for our people,” said Chair Joe Nelson. Dybdahl is the cultural heritage and education director for Central Council of Tlingit and Haida Indian Tribes of Alaska and has been a director of Klawock Heenya Corporation for more than 10 years.

Dozens of shareholders contributed their talents and experience to the elections process in 2021 as applicants for the board’s endorsement and independent candidates for the board. Members of the Shareholder Participation Committees were directly involved in the interview process for endorsed candidates.

“Our company is stronger because of the time and talent that so many people brought to our process this year,” said Jodi Mitchell, the vice chair of Sealaska’s board.

Established in 1972 and nearing our 50th year in business, Sealaska is the Alaska Native regional corporation for Southeast Alaska. Our 23,000 shareholders are Tlingit, Haida and Tsimshian people with more than 10,000 years of ancestral ties to the oceans, forests and communities of Southeast Alaska.