Sealaska’s guiding mission is to enhance the lives of its shareholders through our social, economic and environmental stewardship. Our philanthropic and community investment philosophy is rooted in these values. To that end, Sealaska supports organizations and specific projects that directly benefit the more than 23,000 Tlingit, Haida and Tsimshian shareholders and descendants in the communities in which they reside. Corporate contributions are focused on making the greatest impact on our traditional homeland of Southeast Alaska with a specific emphasis on youth, education, environmental stewardship, quality of life for shareholders, and health and social services. 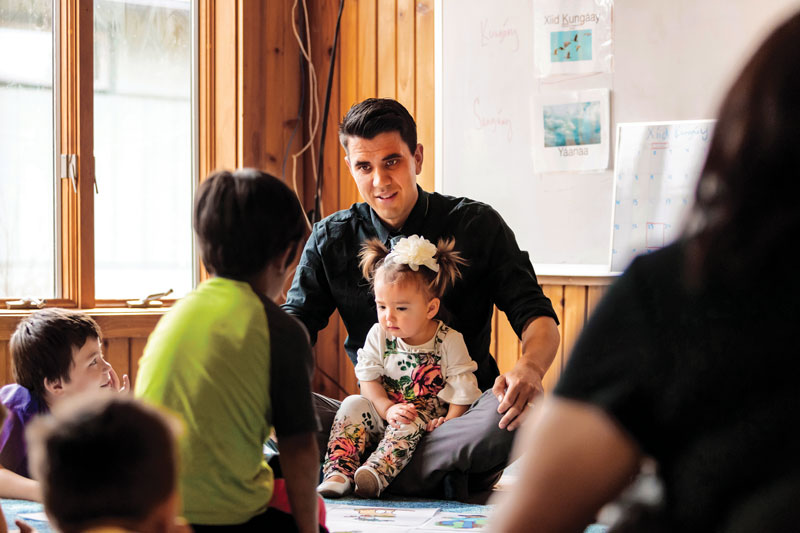 Sealaska is answering the call of the United Nations. In November 2019, the United Nations concluded its year of focus on indigenous languages around the world. But now there is a call for a decade of focus! Currently, a critical situation exists with the disappearance of indigenous languages around the world. Sealaska is committing $10,000,000 over the next decade to focus on the revitalization of Tlingit (Lingít), Haida (Xaad Kíl) and Tsimshian (Shm’algyack) languages. To help keep our languages alive, visit here.

Sealaska supports organizations that promote and provide educational opportunities and activities for students (grades K–12) and gives priority to projects that serve low-income and disadvantaged youth. Throughout Southeast Alaska, Sealaska focuses on organizations that are working to increase graduation rates within K–12 and support educational attainment for Alaska Native students.

Special consideration is given to organizations and efforts that help protect and preserve the natural habitat of our traditional homelands.

Sealaska supports nonprofit organizations that promote or benefit the arts and culture of Southeast Alaska.

Sealaska partners with nonprofit organizations that are committed to helping reduce the number of people who are homeless. We seek to collaborate with organizations that are working to help improve the health care and safety of our shareholders and descendants.
Sealaska advocates on federal and state legislation and regulations that impact Southeast Alaska communities and its people. Some of our ongoing efforts include supporting landless communities, advocating for the Alaska Native Vietnam Veterans Allotment, and standing for Native subsistence rights to support food security.
For full donation request guidelines, please click here.

Register at MySealaska.com to receive
the latest updates and information.