Sealaska is saddened to learn that Gilbert “Gil” Gunderson passed away, Dec. 22. Sealaska sends its heartfelt condolences to the Gunderson family and all those who so dearly loved Gil, for their loss. 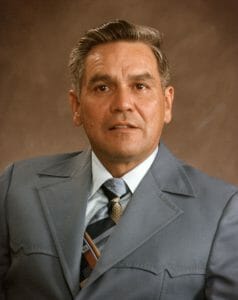 Gil served as a director on Sealaska’s board from 1972 to 1987. He was a known throughout Southeast Alaska as a commercial fisherman and a fierce advocate for our people through his service as a Sealaska director. Originally from Wrangell, Gil was one of the original members of Sealaska’s inaugural board of directors serving for five terms.

Marlene Johnson, who served as Chair of the Sealaska Board of Directors when Gil Gunderson was on the Sealaska board, credits him as a dedicated leader who brought his skills as a successful commercial fisherman and businessman to the board as well as his knowledge of Southeast Alaska communities. “We were fortunate to have him as a board member,” said Johnson.