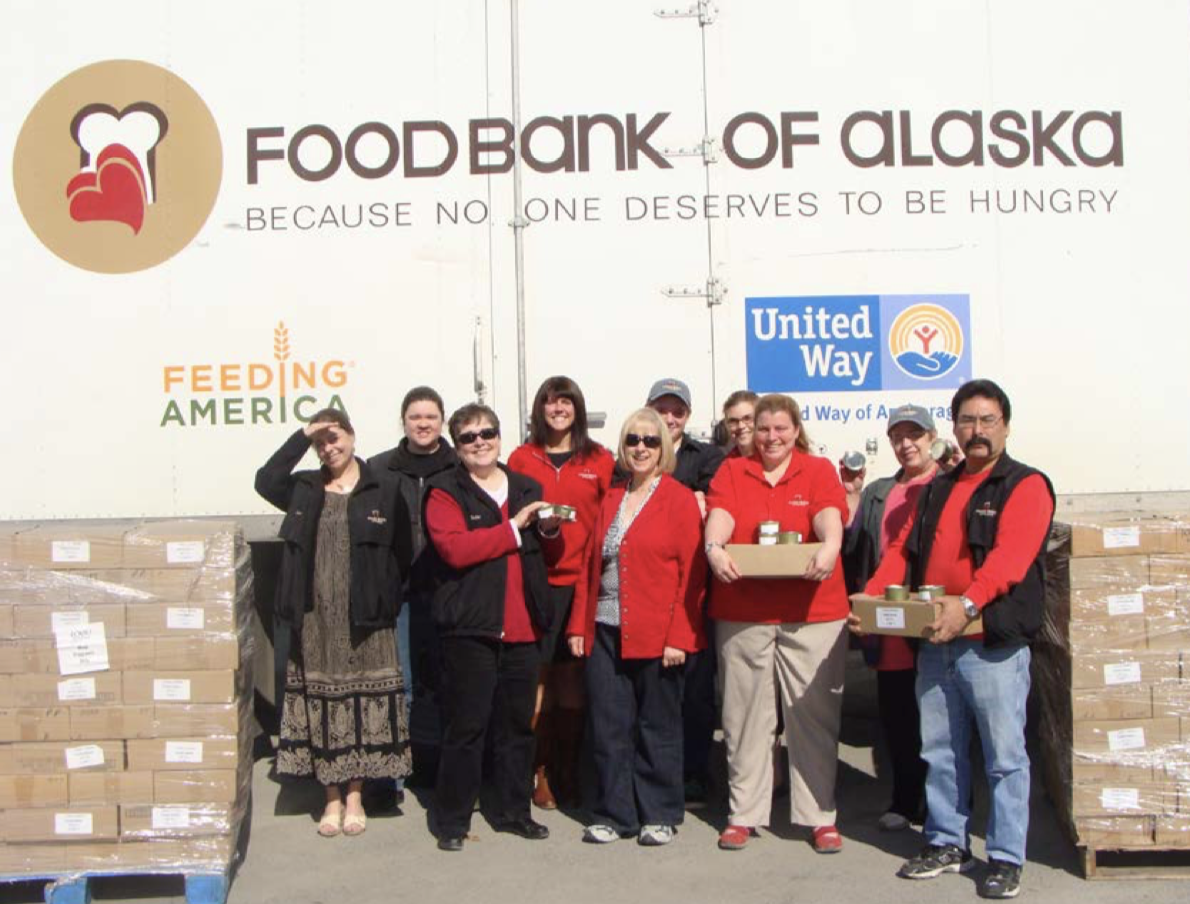 In light of COVID-19, food banks all over the country have seen an onslaught of demand as store shelves have gone bare, and unemployment rates have climbed.

Mike Reusser, director of operations for the Food Bank of Alaska , says it hasn’t been any different in Alaska, with distribution numbers up 50 percent since the crisis ensued in mid-March, totaling in at approximately 1 million pounds of food and counting.

“We’ve had to purchase a lot more food,” Reusser says. “Fortunately, we’ve received a generous amount of cash donations, but the first adjustment was to purchase extra food outside of government commodities that we could bring up from the Lower 48 just so we could meet the need we had.”

Reusser says they have also had to make some difficult health decisions regarding their volunteers; including limiting 10 volunteers to distribution events and seeking extra storage space for food. A big roadblock that the food bank also faced was shipping costs.

“We have the funding to purchase food, but shipping food throughout Alaska is expensive, so getting food out obviously requires funding,” said Reusser.

Since the reach is wide for the Food Bank of Alaska, distributing to every single community in Alaska no matter the distance, the food bank has an abundance of shipping needs that have to be met. Reusser says that without Sealaska’s contribution, they would be struggling to meet those shipping costs throughout the state, making it harder for rural communities to have access to much needed resources.

“What Sealaska has done is removed that obstacle for us so that we can get food where it’s needed in Southeast Alaska.”

Sealaska’s donation has helped the Food Bank of Alaska to ship over 27,000 pounds of food to communities in Southeast Alaska over the past 6 weeks. Using Sealaska funds and partnering with the Salvation Army, Reusser says that the food bank has been able to distribute and get food boxes out to families in Angoon, Kake, Saxman, Yakutat, and Haines since mid-April.

The donation has also allowed the Food Bank of Alaska to send pallets of 500 boxes to their partnered Southeast Alaska Food Bank in Juneau to assist with the efforts in building care packages for the community. Sealaska has tag-teamed the effort with the Southeast Alaska food bank, transforming Sealaska Plaza into the very first-ever mobile food pantry that will continue every Wednesday at 3 p.m. as long as the crisis persists.

Although the Food Bank of Alaska usually lets partner agencies do the food distributions in the community, Reusser says they have been making emergency food boxes for families through The Emergency Food Assistance Program (TEFAP), which will continue to run through the end of May. Their mobile food pantry is also available in eight different neighborhoods across Anchorage several times a week.

Reusser says that the outpouring of support from businesses, the steadfast number of volunteers willing to risk their lives to help their neighbors, and the profound unity of the community has been incredible.

“It’s unfortunate, but there’s really nothing like an emergency or tragedy to bring people together and remind us how much we need each other.”

As the need continues and the crisis persists, the Food Bank of Alaska and partners like Sealaska will continue to ensure food security and communal well-being for Alaskans throughout the region.

“Everyone needs food and not everyone has access to food,” Reusser says. “Food banks fill that gap whether people have fallen on hard times or are unable to secure those resources because of X, Y or Z. Food banks are here to help because as long as somebody’s hungry, there’s work to be done.”