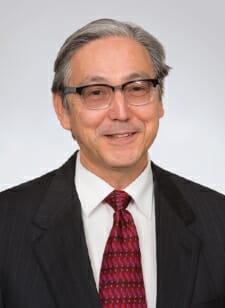 A Celebration of Life for Ross Soboleff will be held Wednesday, September 12, 2018.

Sealaska announced the passing of director Ross Soboleff on July 3, 2018, surrounded by family. Our thoughts and prayers remain with his family. He was Haida and Tlingit, Eagle/Sgalans, Killisnoo and Howkan. His Tlingit name was St’aast.

Soboleff served as a Sealaska Director from 2014 until he passed, July 3, 2018. Ross was elected to the board in 2014, after a successful independent campaign. He was chair of the governance-nominations board committee and served on the audit and shareholder relations committees. He was also a member of the Elder’s Settlement trust board. He saw his role on the board as a way to contribute his knowledge and experience in a positive way and help Sealaska become an economic force that benefits children and grandchildren.

“Ross proved to be a powerful and effective board member immediately. He was thoughtful. He was deliberate. He was articulate. He was humble. He was respectful. More so than anyone I have ever worked with. His leadership is going to be sorely missed. Our thoughts and prayers are with his family right now. “

“I will miss Ross’s thoughtful presence in the boardroom. He reminded me of his father – when he would follow up personally on questions and his thoughts or just messages of thanks. With Ross’s passing, it also makes me think about how valuable every minute of our lives are.  I will miss him.”
— Sealaska Director Jackie Pata

“Ross proudly carried his father’s name with the respect, honor, and dignity it deserves. He openly reached out and celebrated his mother’s Haida heritage in singing and dancing traditional Haida songs and dances. I appreciated his willingness to lead us in prayer to start our meetings in a positive tone. He treated us all with respect even in moments of disagreement. We will miss his kind and gracious presence in our board room and in our Native community!”
— Sealaska Director Ed Thomas

I will miss seeing Ross in the board room. He was thoughtful and very effective. He was a Haida and Tlingit man engaged in business and he took that obligation very seriously. Yet, he did it with passion and warmth and just the way I would imagine our ancestors would approve of – with gratitude and respect for all.”
— Sealaska Director Morgan Howard

“Our heartfelt condolences go out to the family, along with our commitment to help and care for them during their time of loss. Ross was a thoughtful man who wasn’t afraid to take on difficult challenges to create meaningful and positive change. He remained committed to sound governance.”
— Anthony Mallott, Sealaska President and CEO

Soboleff led communications for Sealaska from 1995-2002 and then went on to work for the Alaska Department of Social and Health Services and for the office of State Representative Eric Feige.

Over the last 44 years, Ross was a small business owner and a commercial fisherman and owned the F/V Madeline Ruby.

Ross is the son of Dr. Walter Soboleff and Genevieve Ross. He graduated from Juneau Douglas High School and has a Bachelor of Science degree in community service and public affairs from the University of Oregon.