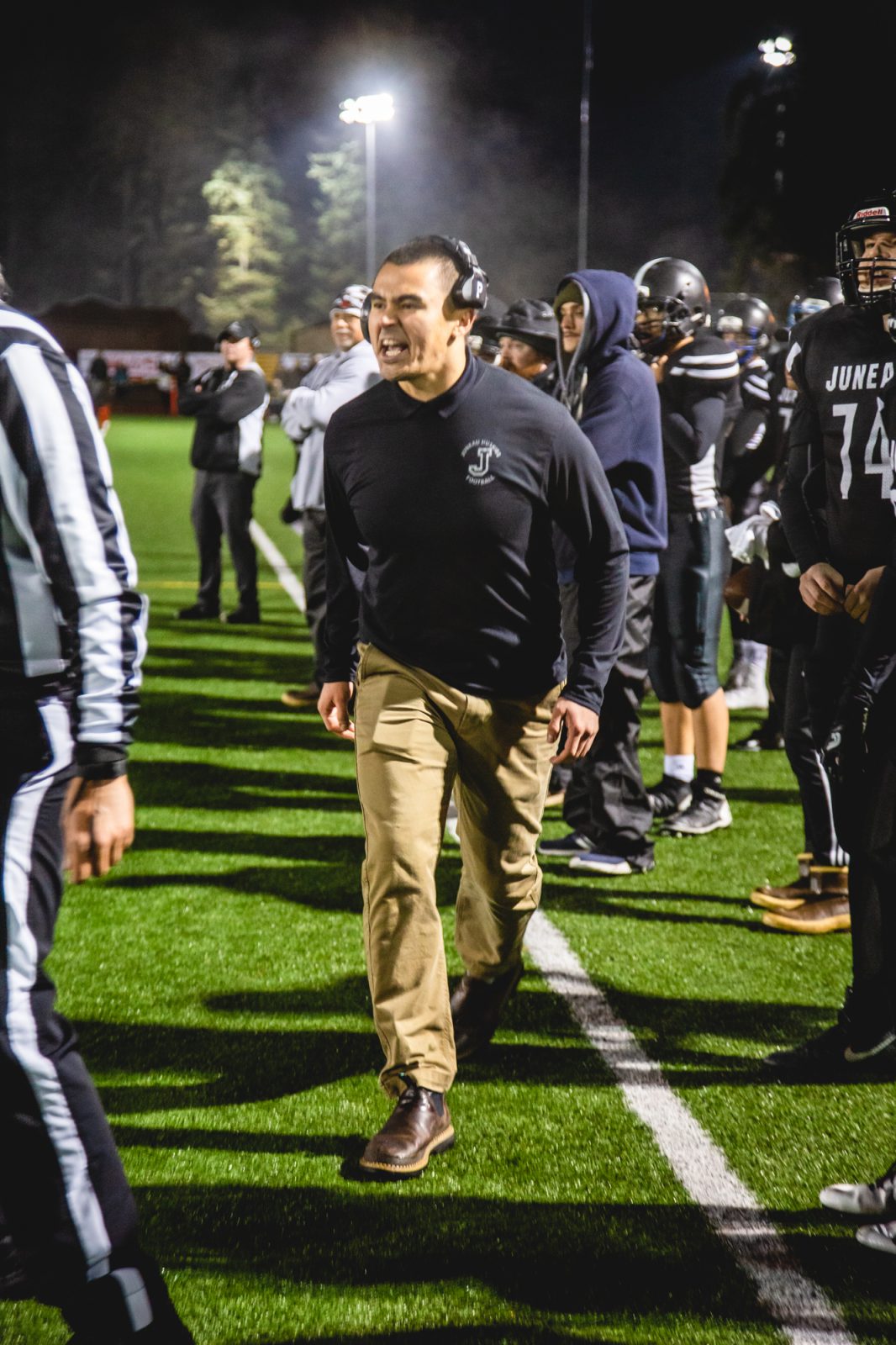 With temperatures dipping to the low 30s and fog settling in just above the football field, Juneau high school football coach Mitch Haldane paced the sidelines yelling instructions to his players. On this night, his team was playing the first round of the state playoffs against South Anchorage High School. This is Haldane’s first year as a defensive coach for the Juneau Huskies.

In many ways, it is fitting that Haldane is responsible for a Sealaska program that represents balance. He has managed to balance the workload from his job at Sealaska with his responsibilities for the football team. During the football season, Haldane spent a majority of his free time preparing for opponents at practice, watching game film, and developing defensive game plans.

“I’m happy I’m able to work somewhere that encourages personal and professional growth, and is supportive of me coaching,” Haldane said. “A lot of the most important lessons I learned in life came from playing football, and I am hoping to pass some of that on to these young men.”

As a child, Haldane spent a majority of his summers in Southeast Alaska with his dad and family. He earned a Bachelor of Science degree in environmental studies with a biology focus from Central Washington University (CWU) where he also played football. After obtaining his undergraduate degree, Haldane spent a year working as a defensive graduate assistant football coach for CWU.

Haldane was recently selected by the First Alaskans Institute (FAI) to participate in the prestigious First Nations’ Futures Program held at Stanford University in fall 2019. He is one of only six Alaska Natives to be selected to work alongside other indigenous leaders from Alaska, Hawaii and New Zealand.

Haldane is Tlingit, Eagle, Wooshkeetaan and Tsimshian. He originally joined Sealaska as an intern in Sealaska’s Natural Resources Department in 2016, working on our carbon offset project, and again in 2017 with Sealaska Environmental Services (SES). He would later be hired by SES and eventually would be placed in Sealaska’s Natural Resources Department in Juneau in his current role.

“Being selected to this program is really an exciting opportunity for me,” said Haldane. “It allows me to learn about other cultures and indigenous people from across the world.”

The First Nations’ Futures Program is a unique leadership partnership between the indigenous peoples of Alaska, Hawai’i and Aotearoa (New Zealand). Each location selects a group to participate in a two-week certificate program on the campus at Stanford.

Sealaska is one of the organizations that supports the program, along with Kamehameha Schools and the University of Canterbury.