Sealaska is deeply grateful for the service of two of its board members who have chosen not to seek another term on the board. These two men have contributed mightily to our company, and their service and commitment to our people has been of incalculable value.

Sealaska director Tate London formally announced he will not seek another term on the Sealaska Board of Directors. Tate’s term will end at the 2021 annual meeting in June.

Tate has been a member of the Sealaska Board of Directors since 2005. He serves as chair of the Elders’ Settlement Trust and chair of the Compensation Committee.

Tate is an attorney with the U.S. Department of Justice. A highly respected attorney across the Pacific Northwest, Tate works with the federally recognized tribes in Western Washington on issues ranging from public safety to preserving the integrity of Indian gaming. 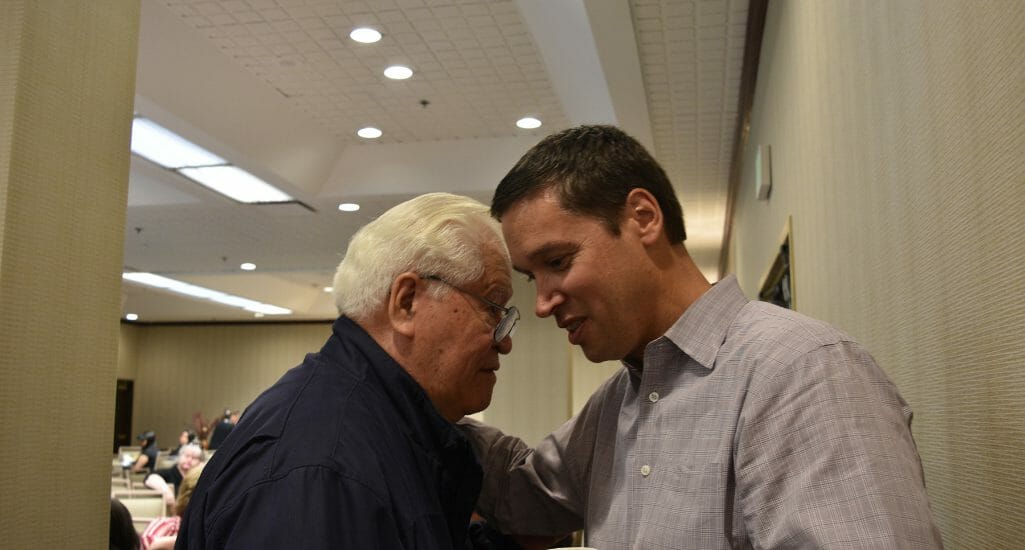 He has a bachelor’s degree in political science from Stanford University and Juris Doctorate from Stanford Law School. “I am very proud to serve on the Sealaska Corporation Board of Directors. As a former scholarship recipient of Sealaska, I recognize the importance of gaining your education and trying to give something back to the Native community.”

Tate has been a member of the Sealaska Board of Directors since 2005. He is currently the chair of the Compensation Committee and Elders’ Settlement Trust, and serves on the Audit Committee.

Tate is Tlingit/Raven, L’eeneidí (Dog Salmon clan), child of Killerwhale originally from Ketchikan, and is the son of the late Ernie Boyd of Ketchikan and the late Claudette London. He lives in Bothell, Washington, with his wife, Debi, and their four children, Alyssa, Lacey, Kellen and Ellee. His Tlingit name is Xein.

"Tate has been a steady, unassuming presence that has contributed important stability to Sealaska and the board as we went through some difficult transitions over the years. He has offered his professional expertise in a very humble and respectful way, and I think this is his way of giving back to his people. He was always a bridge builder, which isn’t a glamorous role but is very important."

"It has been said that when you work for social justice, you listen to people who have the least power. And that’s Tate, through his training as well as his character. He listens with every fiber of his being to what is being discussed and debated. He doesn’t control the conversation and he takes the time to make sure that everything has been said and the varying perspectives have been shared before he shares his own. Oftentimes he would elevate a very tense conversation to end on the highest note of consensus available – almost to a moral high ground. He has great influence because of his ability to break down an issue not only based on public law but also from a perspective of how those policies or practices or laws affect us as a people. He is such a strong advocate for us as a people in terms of fighting for what is ours and fighting for what has been lost or that we are losing. And with all of that, he’s still a humble man. To me, that’s leadership. He has the pulse of our people, and that’s leadership. That’s going to be sorely missed in our conversations as we move forward."

"He never missed an opportunity to add value to Sealaska and utilize his expertise where it could help the company. He was also very community minded. He was one of those connectors at our community meetings that just made everybody comfortable. He made shareholders feel welcomed and valued and supported, and took criticism with grace. He really knew his expertise and how to bring it to bear for the most positive results for Sealaska. It’s hard to quantify because this skill doesn’t show up in single, big-ticket accomplishments, but it was just as important. He could see ahead to what could cause risk for Sealaska and he would make mention of it and make sure that management and the board addressed it or came up with mitigating strategies. How do you calculate the bad things that didn’t happen because Tate was ever watchful?"