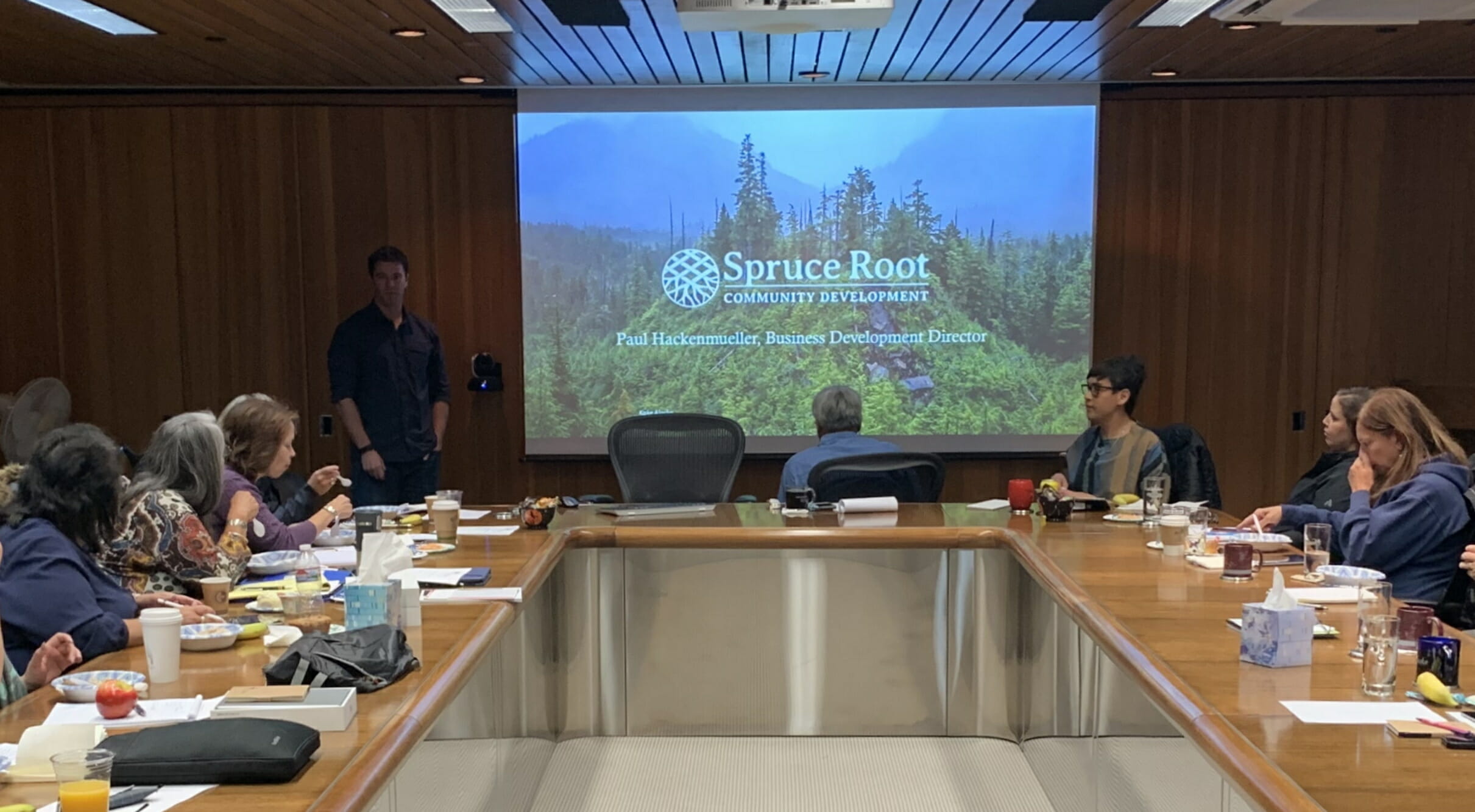 As part of Sealaska’s commitment to improving the way it communicates with shareholders, the company unveiled its new Shareholder Participation Committee in October. A diverse group of Sealaska shareholders met over the course of three days to help the committee identify goals to help support Sealaska and provide more effective channels to collect feedback from shareholders.

“Establishing the Shareholder Participation Committee allows us to expand our reach and engage more effectively with our 22,000 shareholders,” said Anthony Mallott, Sealaska president and CEO. “We want to better understand the unique needs of our traditional communities and the ways we can support our shareholders who live outside of Southeast Alaska.”

The 21 shareholders selected were assigned to committees representing three geographic regions: Southeast Alaska, Alaska excluding Southeast, and the Lower 48 and Hawaii. The groups will meet four times throughout the year — twice in person and twice telephonically.

During the orientation in Juneau, the group received updates from the leadership team on key topics such as the company’s strategic plan, the vision for the future and the renewed focus on shareholder priorities.

“This program is new to us but it is not a new concept. I’d like to thank all of the participants, supporters, and staff who helped launch it,” said Joe Nelson, Sealaska board chair. “Providing this platform to directly provide feedback to the company, essentially in real time, is a valuable tool for the organization.”

The committee orientation was a learning experience even for shareholder descendant David Russell-Jensen, who previously served as a youth advisor on the Sealaska board of directors.

“We were excited to talk about Sealaska’s future beyond just harvesting timber — we’re looking at environmental cleanup, natural foods, and protecting our land as key aspects of our business operations,” said Russell-Jensen. “I look forward to the Shareholder Participation Committee playing an active role in communication between shareholders and our corporation.”

While the common denominator among the group’s participants was the fact they all were Tlingit, Haida or Tsimshian, diversity beyond that was a key theme and strength of the group. The participants each brought a unique viewpoint based on their respective life experiences. The shareholders on the committee represented five different generations.

“I’m grateful to Sealaska for this opportunity to learn more about the corporation,” said Mary Edenshaw, a resident of Klawock and a member of the Southeast Alaska Shareholder Participation Committee. “There’s a lot happening at the corporation that I wasn’t aware of and I’m hopeful that I can share more about what Sealaska’s doing with my own community.”

Each committee has seven seats and members serve staggered terms. One outcome of the initial meetings was that the group was able to vote on a committee chair, vice chair and secretary for each regional group.

“This has been a very educational three days,” said Laird Jones, an original shareholder and resident of Juneau. “I was amazed on what Sealaska is involved with and the company’s future plans. I look forward to interacting with shareholders, other SPC members and the staff at Sealaska.”