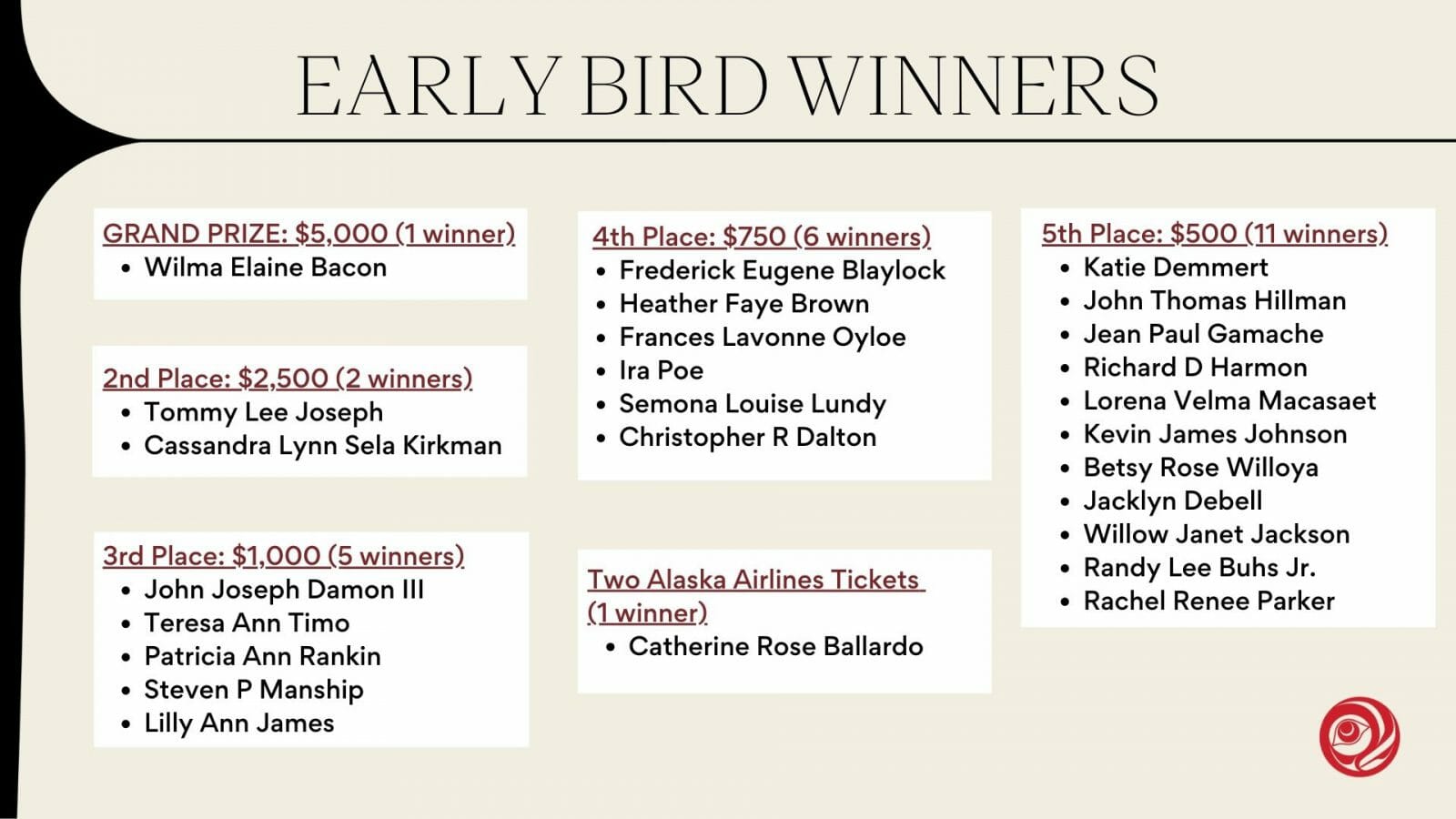 Thank you, Early Birds, for submitting your proxy by the early bird deadline! Your vote is vitally important. Participating in Sealaska elections and remaining engaged keeps us connected, allowing Sealaska to better serve you.

Early Bird voters are qualified to win cash prizes of up to $5,000. The winners of Early Bird prizes are randomly selected by Sealaska’s Independent Inspector of Elections, Elgee Rehfeld in Juneau. Please join us in congratulating the winners of this year’s early bird prizes!  If you see a friend or family member mentioned here, be sure to tag them to let them know they’ve won and that you are celebrating with them!

There are still chances to win – get your vote in!

Did you miss the early bird deadline? Not to worry – you still have a chance to win CASH! Be sure to vote your proxy to qualify for a $50 voting incentive AND be entered into the prize drawing for the annual meeting. Shareholders who return a valid proxy by 5 p.m. Alaska time on June 24 are eligible for these additional prizes. The fastest and easiest way to ensure your proxy is received by the deadline is to vote online at MySealaska.com/Election.