How many shareholders potentially enrolled

Based on estimates produced by Sealaska, there are approximately 15,000 descendants of original shareholders who have less than one-quarter Alaska Native blood quantum. This estimate is based on comparing the number of shareholders currently in Sealaska with the number of enrolled tribal citizens of Central Council of the Tlingit and Haida Indian Tribes of Alaska, along with some other factors. Tlingit & Haida does not require its citizens to meet a minimum blood-quantum threshold. 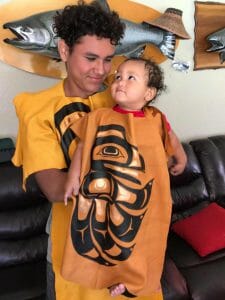 This estimate is just that – an estimate. There are other tribes in our region, including Sitka Tribe of Alaska and Ketchikan Indian Community, that feed into our pool of descendants, as well as Aleuts and Tsimshians who are not enrolled in Metlakatla Indian Community.

Sealaska is in the process of developing a more thorough estimate that takes into consideration additional sociological factors like birth and death rates. The results of this study will be shared as soon as they are available.

During the 2007 Sealaska campaign to expand enrollment to descendants, the estimate of how many people would be newly eligible to become shareholders was 12,500. Fifteen years later, in 2022, approximately 6,300 of those descendants have enrolled as Class D (Descendant) shareholders of Sealaska. That’s about half of what was projected.

If eligibility is expanded to descendants with blood quantum less than one-quarter sometime soon and enrollment follows a similar pattern as it did in 2007, Sealaska would enroll around 10,500 new Class D (Descendant) shareholders by 2037.