How BQ Incorporated into ANCSA

How BQ Incorporated into ANCSA 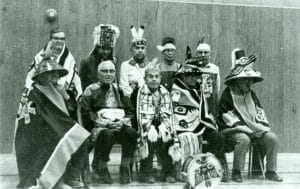 Many tribes, like Central Council of the Tlingit and Haida Indian Tribes of Alaska, rely on documented lineal / biological relationships (“lineal descent”) to established tribal membership rather than blood quantum.

What does Sealaska require?
In 2007, Sealaska shareholders voted to open enrollment to descendants of original shareholders (those born after 1971) and “left outs”—people who were eligible but for a variety of reasons “left out” of the original enrollment process in 1971. However, the one-quarter blood quantum requirement remained, and is still the requirement today.

Sealaska estimates that there are approximately 15,000 lineal descendants of original shareholders that are currently not qualified to enroll in Sealaska as descendants.