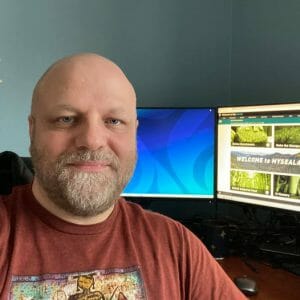 Corporate Communications: We’ve been working remote for almost a year now, many of us haven’t seen one another in months. On camera, things look good. But the reality is many of us are working from our kitchens, for couches or our bedrooms, juggling family and work demands are surrounded by an awful lot of quiet. In this short podcast, we’ll peel back the Zoom background to hear from Sealaska employees in all corners of the company, about how they’re staying focused on serving our shareholders, developing new business strategies for this strange new world, and just getting through another day working from home. This is Insider Insights. Take a listen.

CC: And can you tell me about where you’re working? Like, your office? What is it like?

JHS: Yeah, I have a small office room in the house. And I’ve got my laptop set up on a couple of big screen monitors. I’ve got a TV behind me just in case I need a break from that. But everything else is pretty much as it would be at work.

CC: And in the context of the pandemic, how are you keeping your spirits up and staying energized?

JHS: I try and walk a lot. I’ve kind of doing that on a daily basis. So I’ve been maintaining that, although obviously, you’ve got to be a little bit more careful. We’re not in a big city, but it’s a couple hundred thousand people. So I’m just a little bit more aware when I leave the house, I guess about what I’m doing. As far as keeping my spirits up, you know, I stay in touch with a lot of people in Juneau. So I’m probably on the phone with people every day. And so from that aspect, it hasn’t changed too much.

CC: And tell me about where you like to walk.

JHS: Just around town, we have a number of little pathways. And there’s a wonderful place called Riverbed Ponds in Fort Collins, which is a sort of man-made pond area that they use. And it’s just nice. It feels like you’re in the countryside when you’re still properly in the city. So it’s a nice little break. They cleverly constructed it so that you don’t see many buildings. So it really does feel like you’re out in the countryside, which is nice.

CC: What part of the work from home experience will stay with you when we return to the office?

JHS: I think the appreciation of people’s time. It’s kind of it’s been a very strange experience for me, because I was working from home for many years already. So when the pandemic hit, it didn’t directly affect me from a work point of view, but just knowing that other people were going through changes in the way they had to work led me to have to change some of my approaches to people’s availability. So just being kind of cognizant of, you know, what everyone else is going through. And I think we’ve probably become a lot more sympathetic to each other’s needs from a personal and home point of view. Another thing that’s really helped a lot, you know, that kind of understanding of what we’re all collectively going through.

CC: In just a second, you’re going to hear my kids come running and screeching down the hallway. You can probably hear them right now, even though I’m sequestered in the quietest place in my house, which is my husband’s closet. But based on what Jason and I were talking about, it just seemed so perfect that I decided not to try to edit it out.

CC: Did you find that any of your coworkers or the folks that you interact with were suddenly more aware or sympathetic to the specific aspects of working from home? Like, that they were able to give you a bit more regard than they might have before because suddenly they understand it on a more personal level?

JHS: Yes, somewhat, I think probably not as openly conscious about that. But there was certainly … I mean, a lot of people had challenges. In the first few weeks we did a fantastic job. I I must praise our IT department even though I’m part of it, but I wasn’t involved in the technical side of the heavy lifting of getting people to be able to work from home. That was quite a challenging, but it was met really well. And so I think a lot of those initial issues with people working from home, you know, most of it really was, you know, seeing people go through the motions of trying to set up a home work environment, you know, whereas I’ve kind of built mine over time.

CC: And prior to the pandemic, when you had a staff meeting, or a group meeting with your team. Were you guys using Teams and Zoom for those meetings already? Or were you guys dialing into a conference call?

JHS: Yeah, I think it was more dialing into a conference call. And that was an interesting thing. Because I’ve been, I’ve been thinking about that, how I think just having zoom and having the ability to see a face became so important for people in general. I think that was the probably the biggest change that took place over the last year, still wanting to have that face to face connection with people, and which a conference call would never have done audio only conference call, I think just wouldn’t have achieved that. So thank heavens for that! We would have many calls, because I work closely with shareholder relations in Juneau, there will be many times pre-pandemic, when they would meet in a conference room and I would be the only one on the phone and you’re right exactly, you never felt as connected as you hoped you would. Especially when we were discussing kind of big ideas. It was very uncomfortable, I think, to want to insert yourself into a conversation that was already taking place. 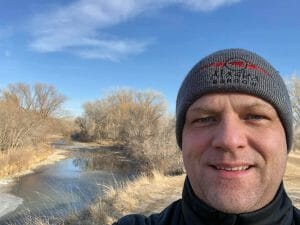 JHS: But definitely on a Zoom call, you know, any kind of video conference call, I think has worked out a lot better for people because it just it kind of flattens the playing field a bit for everyone. So everyone’s on the same level. And I think you can get through some of those calls in a lot more useful manner.

CC: Thanks for listening, Sealaska. This is Amy Miller in Corporate Communications. I’ll talk to you again in two weeks.