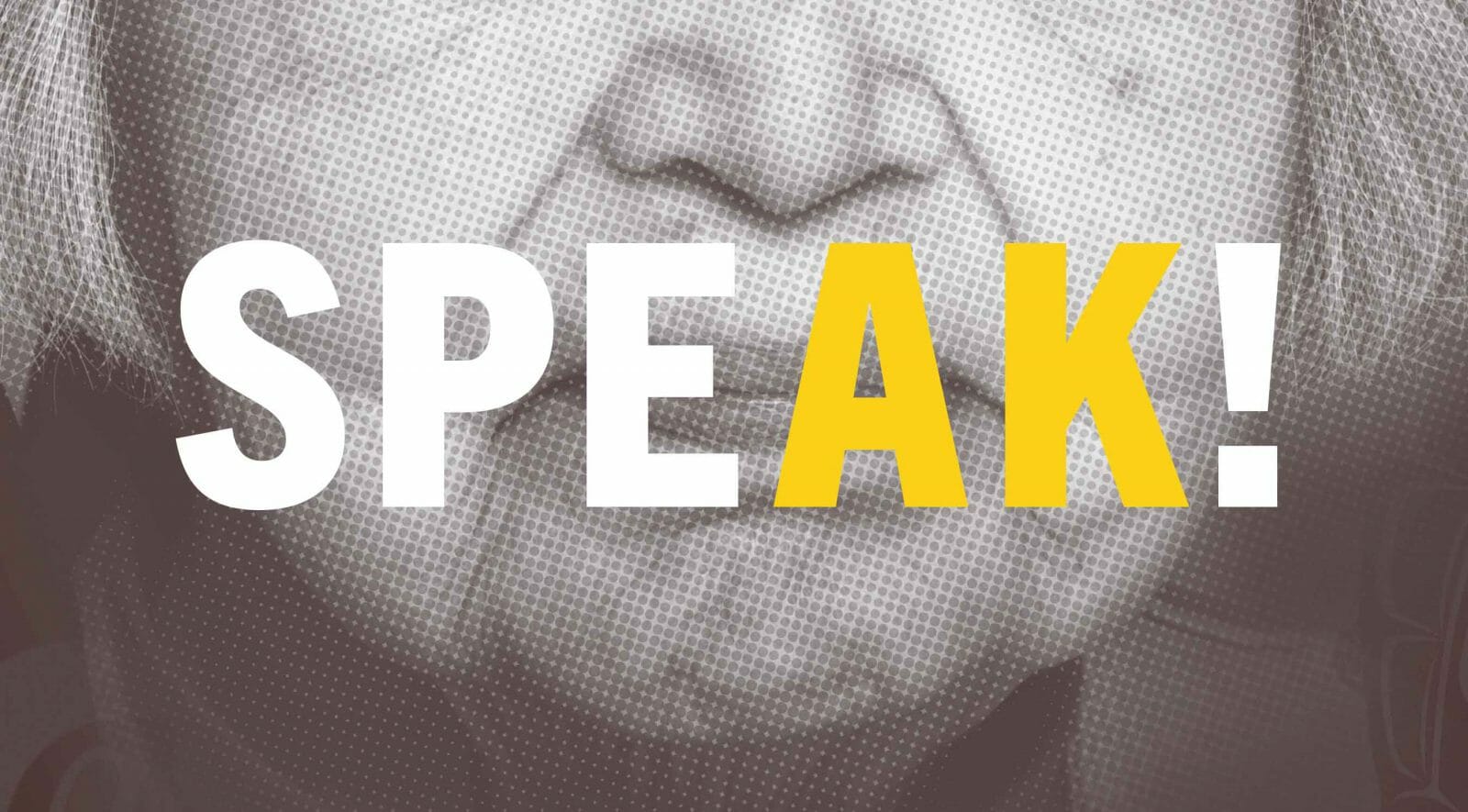 Sealaska is answering the call of the United Nations. In November 2019, the United Nations concluded its year of focus on indigenous languages around the world. But now there is a call for a decade of focus! Currently, a critical situation exists with the disappearance of indigenous languages around the world. Sealaska is committing $10,000,000 over the next decade to focus on the revitalization of Tlingit (Lingít), Haida (Xaad Kíl) and Tsimshian (Shm’algyack) languages.

Meet the people working to keep our languages alive:

Meet the people working to keep our languages alive: 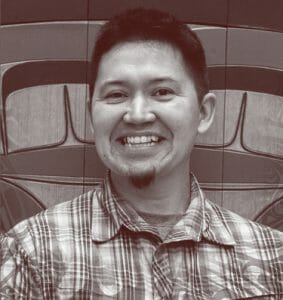 Lance Twitchell grew up in Skagway and now lives in Juneau with his wife and three children.

X’unei is an assistant professor of Alaska Native Languages at the University of Alaska Southeast and has been teaching Lingít, the Tlingit language, since 2004. He is also a multimedia artist who owns and operates a company called Troubled Raven.

X’unei earned a Ph.D. in Hawaiian and Indigenous Language and Cultural Revitalization from the University of Hawaii at Hilo. His studies are in creating safe language acquisition spaces and achieving revitalization through counter-hegemonic transformation, which means a rejection of external definitions and fragmentation and a promotion of the thought world of the ancestors of language movements.

In 2013, he started working with Rep. Jonathan Kreiss-Tomkins and a team of language advocates across the state to create and pass a bill that made Alaska Native languages the co-official languages of the state of Alaska. 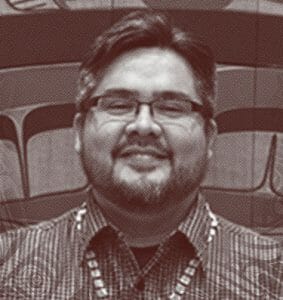 Gavin Hudson was born and raised in Metlakatla. He graduated from college in Seattle in 1998 and moved back home in 2010.

Huk Tgini’its’ga Xsgiik is board chair and co-founder of the Haayk Foundation, along with David R. Boxley (Gyibaawm Laxha) and Kandi McGilton (Mangyepsa Gyipaayg). The nonprofit’s mission is to preserve, promote and revitalize Sm’algyax (Tsimshian language), Ayaawx (traditional Tsimshian values and protocol), Adaawx (true history), and Luulgyit (validating cultural practice) in order to cultivate a positive and healthy identity for the people of Metlakatla. 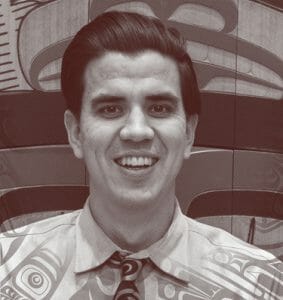 Benjamin Young is from Hydaburg and now lives in Ketchikan.

K’uyáang graduated from Butler University with a degree in secondary education and began teaching in 2014. He has had many roles in language revitalization such as language mentor, researcher and curriculum developer. 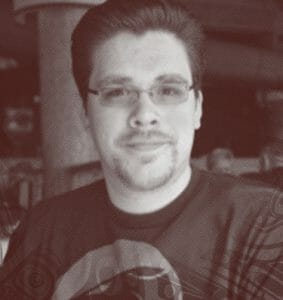 David R. Boxley was raised in the Tsimshian community of Metlakatla.

Gyibaawm Laxha is an artist, totem pole carver, and teacher of formline design. He is the son of master carver David A. Boxley, his mentor. His mother, Elizabeth, is non-Native, but was adopted into the Tsimshian Laxsgiik (Eagle) Clan. His former Tsimshian name was Lapaaygm xsgyiik, which means “He Who Flies Like the Eagle” in Sm’algyax, the Tsimshian language.

In 1999, he and his brother, Zach, were adopted into the Laxgibuu (Wolf) Clan, House of T’ałm Ha’ax, by Doreen Nathan, his father’s aunt. This was done to correct his Eagle clan affiliation since he had to have an opposite clan from his father. (Tsimshian Indians follow the matrilineal tradition of most Northwest Coast tribes.)

He was given the name Gyibaawm Laxha, which means “Wolf of the Sky.” This was to honor his new clan and also to pay homage to his father and his former clan, the Laxsgiik (Eagle). 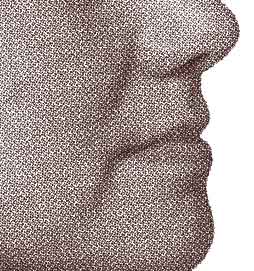 So much can be accomplished in a decade of dreaming. As stated by the United Nations after their International Year of Indigenous Languages, “Language is one of the fundamental preconditions for human development, dialogue, reconciliation, tolerance, diversity and the peaceful existence of human societies. People need language to communicate with one another and to pass on from generation to generation knowledge, ideas, beliefs and traditions, which are essential for their recognition, well-being, evolution and peaceful co-existence.”
We couldn’t agree more with this statement.

The Xaad Kíl currently have an estimated 24 speakers. At the time of the European arrival at Haida Gwaii in 1774, it is estimated that Xaad Kíl speakers numbered about 15,000.

The Shm’algyack currently have 70 partial speakers and only three fluent speakers in Alaska.

We have 100 Lingit speakers, and of those only 40 are fluent birth speakers.

The majority of these speakers are in their mid to late 70s.

How can we commit to language at any age?

Grow up with our Native language in their household.

Grow up with our Native language in their schools.

Utilize our Native language in their career growth.

Lead and grow in our Native language.

Provide guidance in our Native language.

Teach and inform in our Native language.

Explore with their grandchildren in our Native language.

Tell stories in our Native language.

Live and cherish memories in our Native language.

Walk into the forest knowing our way of life will thrive.

Learn More About How To Support Indigenous Languages

“People need language to communicate with one another and to pass on, from generation to generation, knowledge, ideas, beliefs and traditions, which are essential for their recognition, well-being, evolution and peaceful co-existence.” — United Nations, 2019

As indigenous people know very well, language is a pertinent part of our culture. It connects, roots and grounds — just as the trees do for the forest and land. Language holds a distinct place at the center of who we are as people and is a continuous reminder that no matter where we roam, our spoken word brings us home.

A critical situation currently exists in Southeast Alaska as we experience the swift disappearance of our traditional Native languages. From Tsimshian, to Haida, to Tlingit, our fluent speakers are passing at a substantial rate with a majority of the current speakers now in their 70s. While the Tlingit currently have only 40 fluent speakers, the Haida have only an estimated 24 speakers, and the Tsimshian have a mere three fluent speakers left in Alaska. The time for action is now.

Over the next decade, Sealaska is committed to focusing on the revitalization of Tlingit, Haida and Tsimshian languages. We must remove the roadblocks to learning these languages by providing the tools and programs for universal learning and magnifying the voice of individuals and institutions partnering in the effort to save our languages and, fundamentally, our people.

Language is the pulse of our future and we must SPEAK before it’s too late.

These languages were lost through the tragic process of assimilation and colonization. We acknowledge that we as a community have changed greatly over time. We must continue to take steps to heal and regain key attributes of our traditional way of life. We are a strong people and we live in a strong Alaska and Southeast Native community.

To show your support of Lingít Yoo X’atángi (Tlingit language), Xaad Kíl (Haida language), Sm’algyax (Tsimshian language) and this language initiative, please sign your name below and share this family and friends.