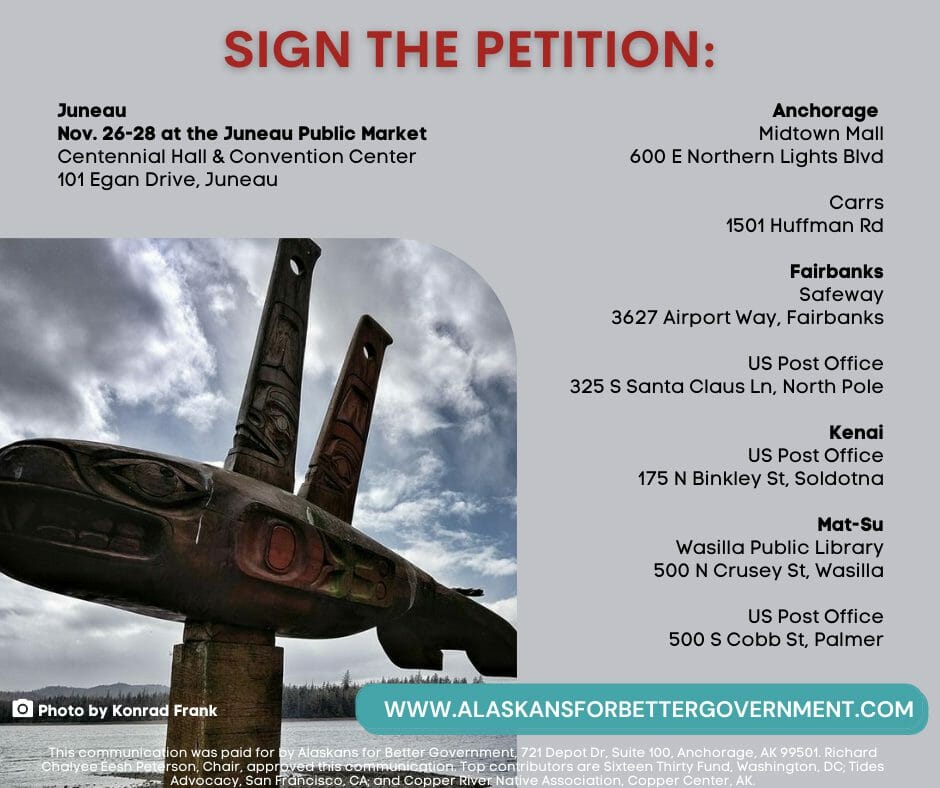 Sealaska recently joined Alaskans for Better Government in support of a proposed ballot measure to institute formal legal recognition of all 229 Alaska Native Tribes by the State of Alaska. This ballot initiative would provide Alaskans – rather than the Legislature – a chance to vote on the matter directly and finally ensure an equal, government-to-government relationship between Tribes and the state. All Alaska Tribes have been federally recognized since 1994.

With no recognized government-to-government relationship in place, the state is not currently compelled to collaborate to create solutions or operate alongside Tribes as equal partners. This gap is especially seen with issues disproportionately faced by Tribal citizens, such as access to justice, public safety, education, and more. By definition, Alaska’s Tribes work to strengthen and protect our communities. Formal recognition by the state would represent a meaningful declaration of partnership, establishing a more productive, cooperative relationship for all three governments – tribal, federal and state – to work together successfully for the benefit of all Alaskans.

The Tribal Recognition ballot measure – co-chaired by Alaska Native leaders Richard Chalyee Éesh Peterson, Liz La quen náay Medicine-Crow and Barbara Wáahlaal Gíidaak Blake – will advance discussion of the benefits and role of Tribal sovereignty in relation to citizens as well as the wider state of Alaska. Seeing this initiative on the ballot will capitalize on the momentum of the upcoming 2022 elections, inviting candidates to speak to Native issues and Tribal sovereignty and tell voters where they stand.

Similar efforts have been made in previous years through various avenues, including a bill introduced in the 2021 legislative session by Representative Tiffany Zulkosky. Despite inroads made with prior administrations, the relationship between the Tribes and the state has remained ambiguous at best, and often tumultuous or even litigious, as the State of Alaska has sued the Tribes more than any other state in the country. By utilizing the ballot measure process, the decision would be placed in the hands of Alaska voters, rather than the Alaska Legislature. Polling has indicated majority support for the ballot initiative, signifying a likely path to success.