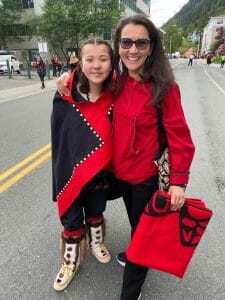 On August 16, Alaska will hold a special election to fill out the remainder of former Congressman Don Young’s term in the U.S. House of Representatives. Alaskans will have three choices to rank in order of preference on the August 16 ballot: Nick Begich, Sarah Palin and Mary Peltola.

Sealaska encourages Alaskans to choose Mary Peltola first as they rank the special election candidates. If elected, she would be the first Alaska Native to hold a Congressional-level post representing Alaska. Each vote – each voice – has power. This election represents a significant opportunity to use that power to bring about a historic moment for Alaska.

Although Peltola is Yup’ik from Bethel, she is intimately familiar with both Southeast and the rest of Alaska. She represented the Bethel region in the Alaska House of Representatives for 10 years, where she helped rebuild the Bush Caucus, including eight years serving as chair. Her time in the Bush Caucus led to a deep understanding of the issues facing Alaskans. Since then, she has served in both local and tribal government, resource and economic development, and fisheries. 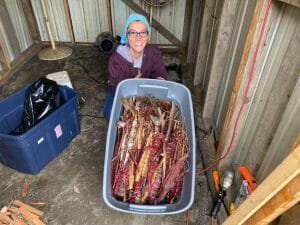 “Alaska Native legislators have always played a key role in governing because their sense of purpose is tied to a people and a place, not a party,” said Sealaska board Vice Chair Jodi Mitchell. “Serving in Alaska’s sole seat in the U.S. House is a natural next step.”

Sealaska urges voters to choose Peltola because she is aligned with the goals and vision of Sealaska and its shareholders: advocacy for Alaska Native sovereignty and people, traditional ways of life and values, environmental stewardship and ocean health.

“Although Alaska is considered a ‘red’ state, a large number of our voters are non-partisan,” Mitchell continued. “Another powerful voting bloc is Alaska Native voters, who represent communities that have acted as stewards of this land forever. Our population should be reflected by our representation.

“Mary has a path to be the first Alaska Native representing Alaska in D.C. But to get her there will require tremendous voter turnout from our communities. Change is inevitable during this election. Will we be part of it?”

Peltola is the former wife of Board Chair Joe Nelson. They have two teenage kids.

Sealaska encourages shareholders across Alaska to vote in the upcoming special and primary elections on August 16 and the subsequent general election on November 8.