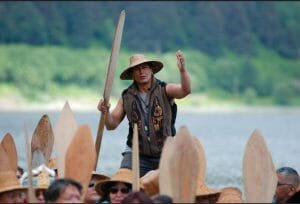 Sealaska joins with Alaska’s congressional delegation and its 4,400 landless shareholders in the communities of Ketchikan, Wrangell, Petersburg, Haines and Tenakee Springs in celebrating the introduction today of legislation aimed at righting the historical wrong represented by their exclusion from the Alaska Native Claims Settlement Act of 1971.

Sealaska has been involved in the lobbying effort to amend ANCSA for nearly 50 years, since its original passage. Most recently, in 2019, Sealaska supported the lobbying efforts in Congress designed to persuade lawmakers to pass legislation in support of these landless communities.

“This has been a long, frustrating, but worthwhile fight over far too many years,” said Sealaska President & CEO Anthony Mallott. “We are very close to seeing some parity restored to our region. Despite extensive research on the matter, Congress has never been able to articulate why these five communities were excluded. But the cost to them has been substantial – they have lost out on millions of dollars in community development, scholarships and economic impact, not to mention the simple dignity that comes from recognition and a restoration of indigenous land rights.” 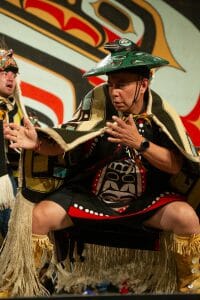 ANCSA was a pivotal land claims bill that ultimately returned a small portion of Alaska Natives’ ancestral lands to the Alaska Native community and formed Native corporations to steward the land and provide economic, cultural and social opportunities to shareholders and communities.

Sealaska board member Richard Rinehart is a landless shareholder from Wrangell, and has been working on this issue for many years. “It’s hard to believe this day has finally come, but we are optimistic that soon our fight will be over and our rights and status established in law,” Rinehart said.

“Sadly, it’s too late for nearly half of the eligible enrollees in 1971,” Rinehart said. “They have walked into the forest without seeing this issue resolved. But we will continue to fight on behalf of the 4,400 descendants now holding one or more shares of landless stock.”