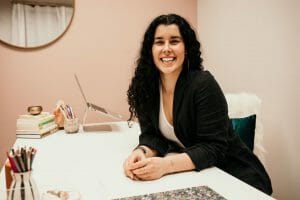 Caitlin Way never had any intention of being an entrepreneur. Even after becoming a business owner, she had a hard time embracing the identity.

When she returned home to Sitka after graduating from Fort Lewis College in Durango, Colorado, with a bachelor’s degree in exercise science, she didn’t quite know what her next step would be.

Way, who is Tlingit, said she was operating under the assumption that she needed a master’s degree to be successful. But in the months following graduation, she couldn’t quite bring herself to start filling out grad-school applications.

She was working for her aunt and uncle at a drive-through coffee shop called Fish Eye Coffee for about a year when they decided they needed to sell the business and suggested she buy it.

The decision to buy the business was at least partly circumstantial — she had some experience managing daily operations at the shop, and since she wasn’t ready to commit to grad school and didn’t know what else to do, she went for it. It quickly became all consuming.

“That was a very tense year of my life,” she said. “I took on all of this responsibility and didn’t realize all the things I would have to learn. … I just really lived (at the coffee shop) and worked a lot and didn’t have too much of a life that first year. That was hard because I felt like I had this outward success but internally I was really struggling and didn’t feel as happy as I thought I would.”

Way is an introspective person, though, and one of her interests — along with hiking, travel and dogs — is personal growth. So in 2016, with one year under her belt, she said she started signing up for all the training and workshops she could find to help reduce the stress she felt about her business.

A lot of people around Sitka were telling her she needed to meet with Alana Peterson, executive director of Spruce Root, the nonprofit community development financial institution that supports economic development and entrepreneurship in Southeast through loans and educational programs.

“By the end of 2016, when I went and met with (Peterson), I was at my wits’ end,” Way said. “I told her, ‘I am working so much, I don’t have a life, I’m not happy.’ She helped me refinance my loan through Spruce Root and was really patient with me. She worked with me for about three months.” 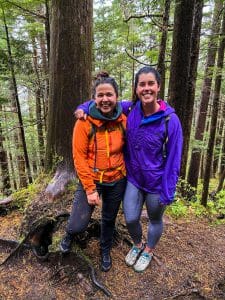 The two became friends, connecting over similar tastes in books and podcasts, and on their mutual commitment to working on themselves, growth and entrepreneurship.

“It was a big turning point when I found her,” Way said. “Through working with her and Spruce Root, I figured out how good I was doing at my job. When you’re a business owner, you don’t really have anyone telling you you’re doing a good job.”

Way said 2020 has been challenging, as it has for so many small businesses — especially those in the food service and hospitality sector.

“Having a really healthy partnership with Alana and having that as a standard for the kind of relationships I have in my life was really helpful and allowed this year to be really smooth, and for a lot of growth to come from it,” Way said. “It’s been a challenge, but it’s also been an opportunity to rely on all the work and skills I’ve been practicing over the past couple of years and put that to good use.”