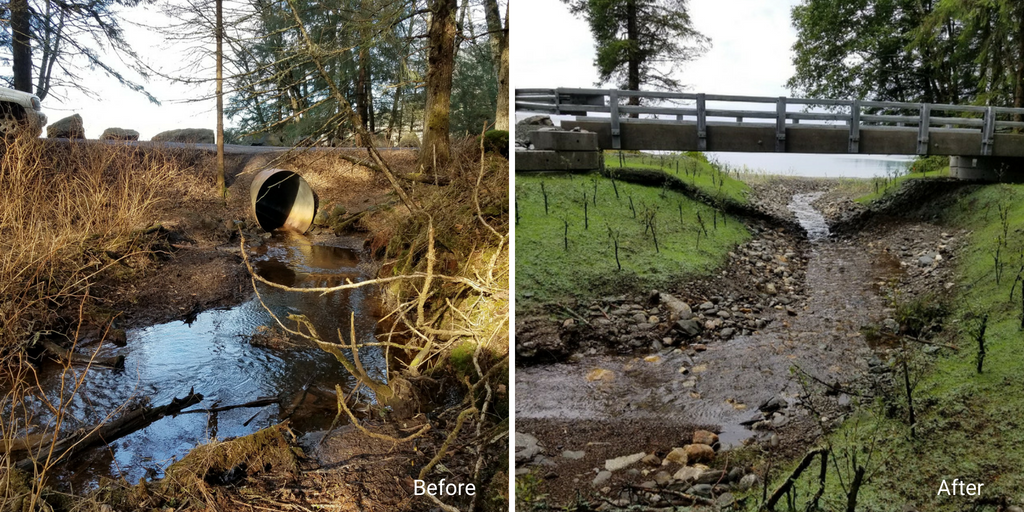 As a public space that fosters a sense of community while sheltering important native plant and wildlife species, Lena Beach has long been known as a place for locals to picnic, swim or just enjoy nature. Sealaska recently completed a substantial renovation of this iconic recreation area, which will also strengthen pink and coho salmon runs and improve access and preserve the beach for the future. 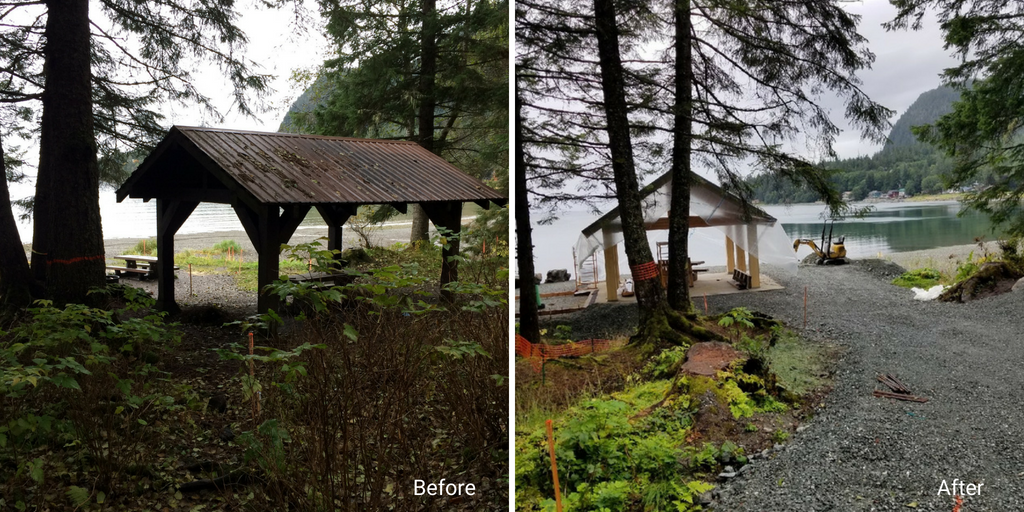 The recreation area, originally developed in the 1950s, had deteriorated over the years, with the road and picnic facilities falling into disrepair. Along with building new picnic shelters, aligning and reconstructing the road and improving accessibility and parking, crews built a new bridge over Picnic creek, removing a small culvert and fish ladder. Fish ladders are difficult for salmon to maneuver when tides are low, resulting in a limited time window for the fish to access the stream and continue their journey. Removing the fish ladder allowed Picnic Creek, a natural salmon stream, to more easily flow underneath. Sealaska has a long history of working to protect and preserve salmon and other fish habitats and  consulted the Southeast Alaska Watershed Coalition for its input on the project. 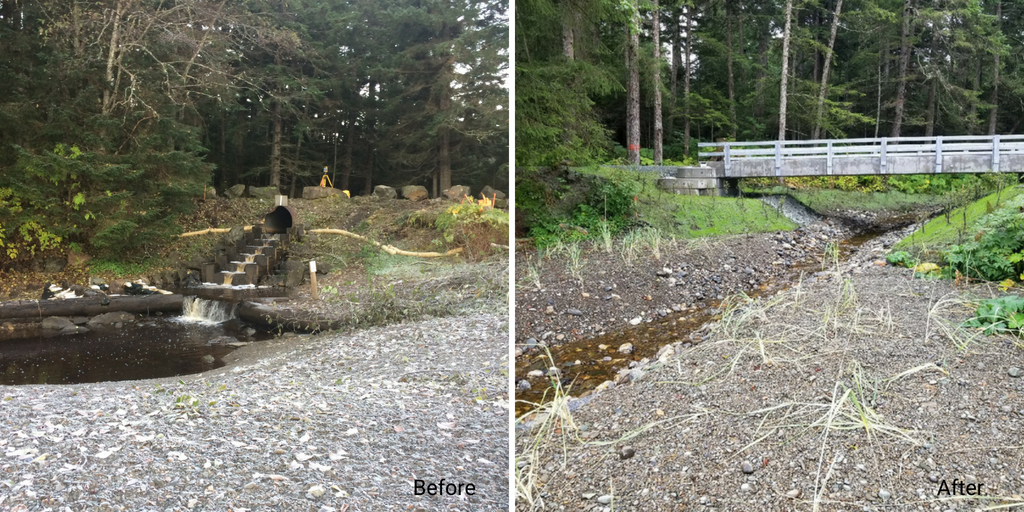 Sealaska was the prime contractor on the $1.3 million project for the US Forest Service, teaming with Glacier State Contractors, a Sealaska shareholder-owned business, to complete the work. Work began on the project in October 2017 and is expected to be substantially complete in early September 2018. Sealaska’s staff on the project included Aaron Meredith a project manager based in Seattle and Dick Kraft (pictured) who oversaw daily on-site operations and work by subcontractors.

Kraft brings many years of experience working on construction and engineering projects for local governments and utilities and said this project had a lot of variety, requiring him to draw from that past experience. He noted that replacing the culvert with the new bridge over Picnic Creek is already starting to make a difference. “It’s hard to tell that there was a culvert there before and we’ve seen some salmon already trying to come upstream during high tide,” Kraft said. 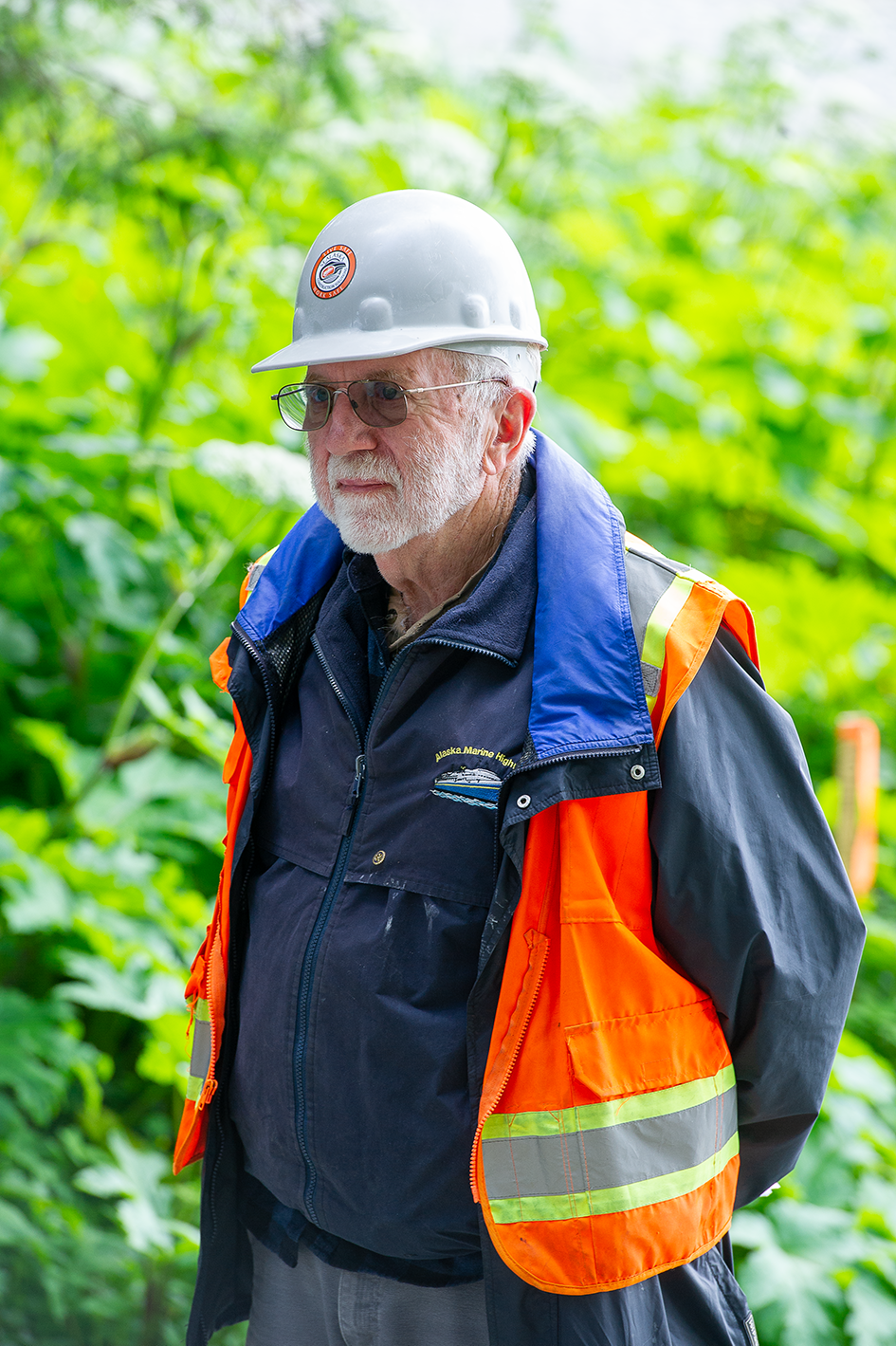