Mike Roberts’ motivation for running for the Sealaska board is straightforward: “Shareholders need to be heard and not just listened to.”

Roberts draws the distinction between holding annual elections and community meetings, which he considers listening, versus truly hearing the deep needs of shareholders, particularly those in communities outside Juneau.

“People outside of Juneau feel that their voices need to be included in the decision-making process,” Roberts explained. “For a very long time, folks have believed that there’s not an opportunity on this board for anybody who’s not a member of the ‘old boys’ club’ of Sealaska. I share that belief, but I’m also a big proponent of fixing things from inside the fort rather than outside the fort. So I thought I’d try to get inside the fort.”

Roberts is among those shareholders outside of Juneau. Born and raised in Ketchikan, he is Tlingit of the Raven moiety, Gooch/Ch’aak’ naa (Wolf/Eagle), Kóon Hít (Flicker House), Kooyu Kwáan (Kuiu Island People). His Tlingit name is T’eix Sháach Tsín. Today, he lives in Longmont, Colorado, where he is the president and CEO of First Nations Development Institute.

In his role with First Nations Development Institute, Roberts’ job is to advocate for American Indian, Alaska Native and Native Hawaiian people in private philanthropy grantmaking. “People who know me on this side of things know me as a bare-knuckle fighter for the rights of indigenous people to be represented in this space,” he said. “It’s not a reputation I would’ve sought, necessarily, but having been raised in an environment like Alaska where you have institutions like the Alaska Native Brotherhood and Alaska Native Sisterhood – you have a lifetime of champions to witness fighting the tough fight.

“I’d rather be respected than liked, but I will always come down on the side of the underserved.” 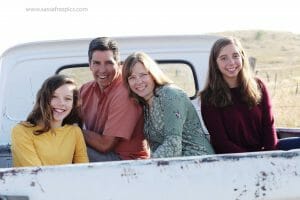 Roberts said his desire to serve on the board stems from an awareness of the investment the greater Tlingit community has made in him over the years, via scholarships from Sealaska and Klawock-Heenya Corporation and an internship at Ketchikan Indian Community, as well as summer jobs at Saxman Seaport, Ocean Beauty Seafoods and Seattle Seafoods.

“I’ve been in venture capital, where we’ve made hard decisions about whether management teams were performing or not,” he explained. “When you’re talking about a for-profit corporation, the niceties go out the window. Now I will say I don’t want Sealaska to be another ruthless Wall Street-like corporation – as Native people, we can and should manage in a different way than Wall Street. But that being said, I don’t think we should expect different results.”

Roberts’ top priority as a candidate is improving the flow of information between the corporation and its shareholders.

“I’m not on the board, so I don’t know what kind of sway and authority (the shareholder relations committee) exercises over the board,” he said. “In my mind, that should be the premier committee of the board. If our number one job isn’t to communicate and serve those members, it’s incumbent on us to turn our attention back to who we represent.”