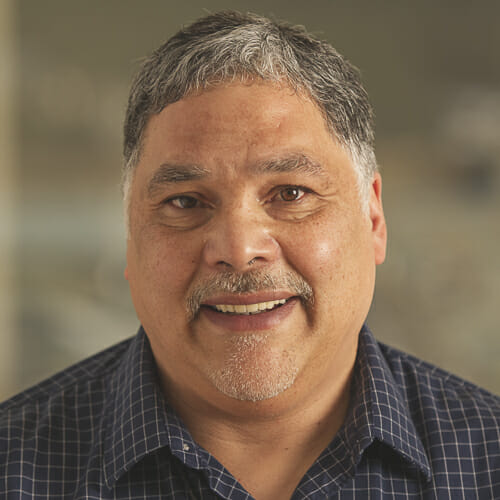 “I am eager to listen to shareholder ideas and am committed to helping build a financially strong corporation that honors the heritage of the Tlingit, Haida and Tsimshian peoples.”

Sid is a commercial fisherman and the walking boss dispatcher for Southeast Stevedoring. He is a graduate of Hydaburg High School.

He is a member of the Sealaska Compensation Committee and Shareholder Relations Committee. Sid serves as a manager on the Haa Aaní, LLC Board of Managers.

He is currently the president of Hydaburg’s Tribal Association. Sid is president of the tribe’s nonprofit foundation, XKKF, and is a Tlingit & Haida Hydaburg Delegate. Sid has been a member of the Sealaska Board of Directors since March 2005. Since 2017, he has served on the Shell Fish Preservation Alliance. He is a former Haida Corporation board member.

Sid is Haida and of the Sgajuuga.ahl clan. Sid was adopted into the Teikweidi clan and received the name Daahéetsi. He lives in Hydaburg, AK, and has three daughters, Bryanna, Vanessa, and Monika.