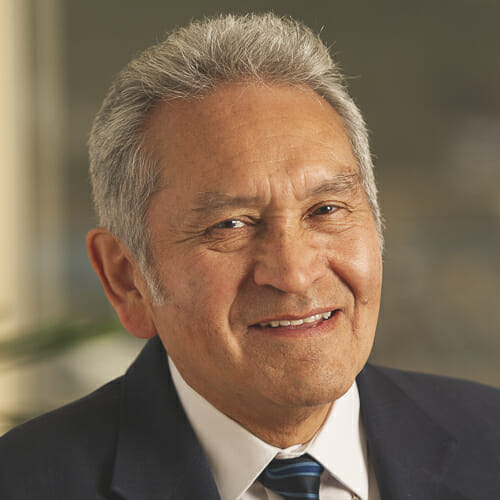 “Sealaska is in a good position to set its own course for the future, using its asset base. It’s time to rise above politics and get on with the business of making the corporation what it needs to be to meet the needs of our shareholders. Our children deserve nothing less.”

He is the President Emeritus of Central Council of Tlingit & Haida Indian Tribes of Alaska and served over 27 years as president. He is former president of Ketchikan ANB Camp #14, former 1st vice-president ANB Grand Camp, and former parliamentarian of the 2016 ANB Convention. He is former executive director of the Ketchikan Indian Education Program, former president and executive director of the Ketchikan Indian Corporation (Community), and served as the parliamentarian and as elected secretary of the National Congress of American Indians (NCAI). He is former board member of the Alaska Federation of Natives (AFN), member of the Council for the Advancement of Alaska Natives; chair, AFN Tribal Relations Committee; chair, AFN Convention Committee; and parliamentarian of the AFN Convention.