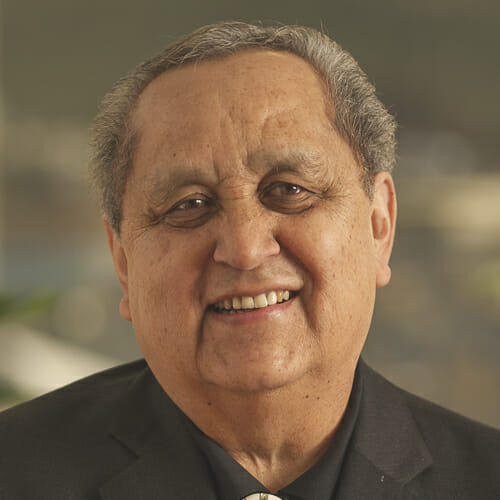 “I have always been of the opinion that when our grandfathers spoke about this company and the land that it owns, they were speaking forever, they weren’t speaking for just one generation. I think it is our moral obligation to include all of our children and grandchildren.”

Albert is the owner and operator of Kootznahoo Inlet Lodge.

Albert has a Bachelor of Arts in history from Alaska Methodist University, and Juris Doctorate from the University of Washington.

Albert is the former policy and program specialist at the Office of the Governor for the State of Alaska; a former senator for District C and served in the Alaska State legislature, both House and Senate for 16 years; former AFN chair, former ANB Grand President, a member of the Alaska Native Brotherhood Grand Camp executive committee, and a director of First Alaskans Institute.

Albert’s daughter, Jaeleen Kookesh, is an officer of Sealaska and serves as vice president for policy and legal affairs.